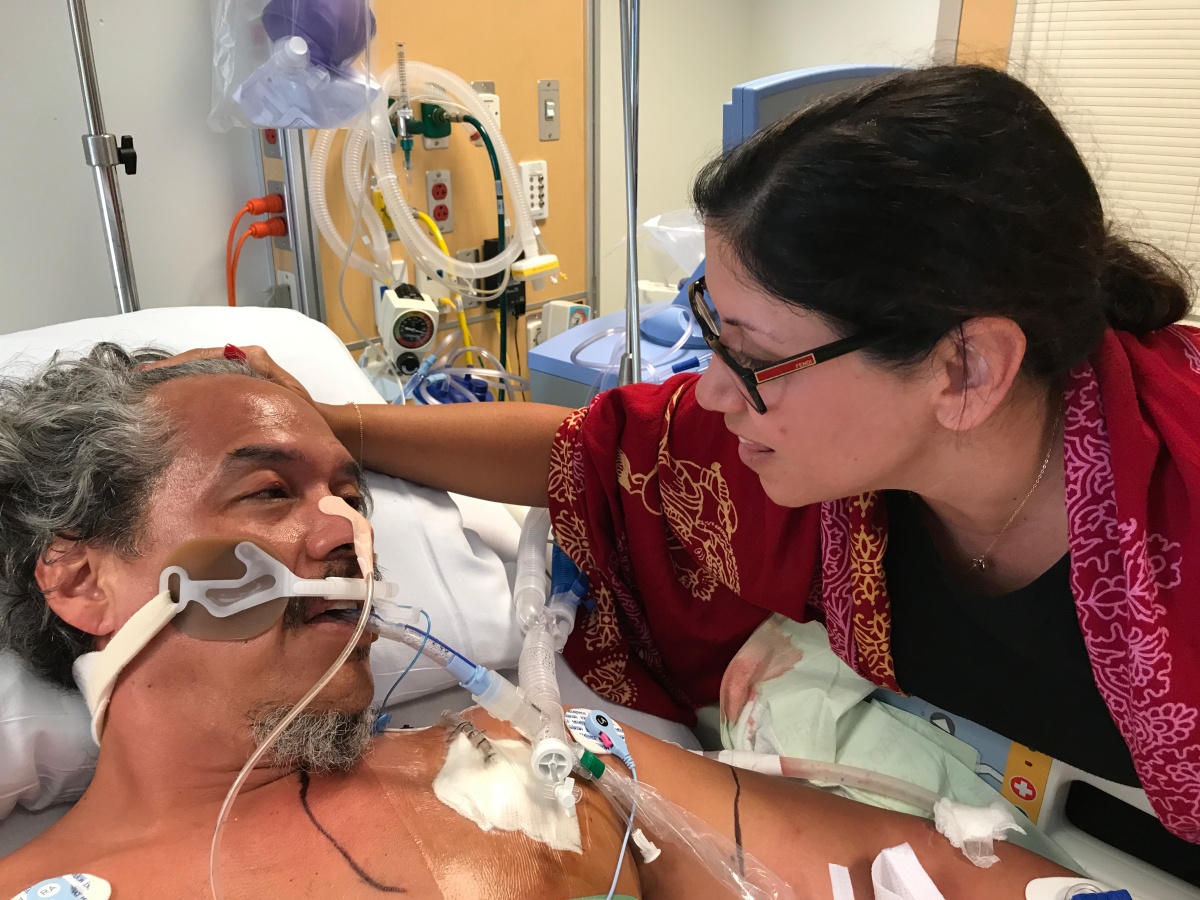 I haven’t wanted to write for a long time. I have experienced trauma in my life on multiple occasions, but the experience we had in Mexico was more than I could have ever expected.

Our trip started out in beautiful Playa del Carmen (45 minutes outside of Cancun). We were greeted by the staff at Banyan Tree Mayakoba with fresh drinks, cool towels and a golf cart ride to our villa for the week. We had so many exciting things to experience while we were in Mexico.

We explored several cenotes (natural sinkholes), went zip lining, took a tour of Rio Lagartos (which is literally in the middle of no where), had a mud bath, renewed our wedding vows after 10 years of marriage and climbed to the top of Ek’ Balam where you are breathless from the beauty.

Our Mexican adventure had been picture perfect. The people were kind, the weather was perfect and the kids said this was the best trip they had ever taken. We were so relaxed, laughing and eating fresh food every day. My husband Barry said, “I could do this every day.”

Then life had its own ideas. On the morning of September 1st at 3:30 a.m. I heard Barry gasping for air in his sleep. I said, “Barry! Barry!” There was no response. My gut was all twisted and I knew something was terribly wrong. I immediately dialed zero for help and ran up the stairs of our villa to open the door for someone to help us. My kids were sleeping in the room next door and I was having an out-of-body experience.

I ran back to the bed where Barry was non responsive. I checked for a pulse and there was none. I tried to open his mouth and his jaw was locked down tight. His eyes were vacant. My heart was screaming. I immediately began CPR and started telling him, “You will not die on me! You will not!” As I was performing CPR two men from the hotel came down the stairs and tried to get Barry to respond. They had no such luck. They took over for me and began very aggressive CPR.

The hotel Dr. was called, the paramedics were called and they all took a very long time to arrive. While my husband was laying on the ground unresponsive, my 2 children came in to the room and asked, “What’s wrong with daddy?” I said, “Daddy is sick and needs help.” I proceeded to take them to their room with Ipads and headphones. For all the times I curse these devices, I was grateful at that moment.

While the men at the hotel were taking turns doing CPR on Barry, someone in the resort brought an AED Device (Defibrillator). The gentleman (Abdiel, our angel from heaven) applied the pads to Barry and the device indicated he needed a shock. After the shock, Abdiel continued CPR until the paramedics arrived.

Once paramedics arrived I was still in flight or fight mode. I immediately got all our passports, money and phone chargers. I knew I was in for a long day ahead.

The staff at Banyan Tree Mayakoba stayed with my kids while I drove in ambulance with Barry.

While driving to the hospital I started making calls to my husbands colleagues (Barry is an Anesthesiologist). I let them know what’s going on and asked them to guide me through this process.

It’s unbelievable anyone survives in a place like this. The facility in Playa del Carmen is woefully insufficient. When we arrived they immediately asked me for money. Just over $6k. My mind was racing and I gave them whatever they asked for. However, I was very aggressive in figuring out what was going on and how we were going to get Barry the hell out of there.

Let me be clear, there was one Physician at this hospital. One!! They did an EKG and it indicated Barry had a heart attack. My next question was, “Do you have a cath lab?” Which he replied, “No, we don’t have one here. He will need to go to another facility, but we must wait for the cardiologist to come see him.”

Barry was non-responsive and I was freaking the fuck out. I demanded a transport immediately. I knew Barry needed to be at a better facility. This place was where people were left to die. When the next ambulance came and drove us 45 minutes toward Cancun, I felt like I was in the twilight zone.

At this point one of my best friends was booking her airline ticket to come to Mexico. She needed to get my kids. My other best friend was working on a Medevac service to get Barry out of  Mexico. I was calling my mom, friends and Dr.’s back home, asking people to pray for Barry. I prayed, “Please God, don’t make me a widow. Don’t let these kids grow up without their Papa. They need him.”

When we got to the next hospital in Cancun, Mexico I had no idea wha to expect. It was slightly better than the last facility, but sub par compared to anything you would find in the US. Once I walked in the first thing they asked for was….drum roll….$30k!! Yes, you read that correctly. $30k for Barry to get in to the hospital. Having already talked with my mother, I asked her to call Amex and have them blow open my card for this medical emergency. Thank God they did.

He was intubated, given a CT scan, taken to the cath lab, had a chest tube placed since he had a pneumothorax (collapsed lung) due to the CPR and 3 broken ribs (also due to the CPR). He was still non-responsive and I had no idea if he had any brain damage or would ever wake up again. The Dr.’s at this facility were rude, unresponsive and arrogant. Horrible! Horrible! Horrible!

All the while, I was making plans to get my children out of the country. I had to have my neighbor back in the US go in to my house, get my kids birth certificates, email them to me. I then sent them to my friend, who forwarded documents to US Consulate in Mexico. I had to physically drive to US Consulate and notarize documents so my friend could leave the country with my children. The kindest American woman who worked at consulate said, “Whatever you do, get your husband out of these hospitals.” I told her I was on it and that was my number one priority.

With all hands on deck, my friend in New York secured a Medevac service to come get Barry.  At 1:30 a.m on September 2nd the transport team showed up to transport him back to the US. This was an additional $30k on credit cards and worth every single penny. The team who flew in from Guadalajara was professional, bright and helped me feel some bit of hope. This was most certainly not the way I wanted to experience my first private jet experience.

We took a flight from Cancun to Houston, where we dealt with customs and refueled the plane. From there we arrived in Orange County where we were immediately taken to Hoag Hospital.

Barry spent 8 days in the CTICU, he had a defibrillator placed (permanent device implanted under his muscle), underwent many tests and was determined to have suffered Sudden Cardiac Arrest (SCA).

What has this experience taught me? Shit….so many things. I don’t even know where to begin.

I love my family from the bottom of my soul. I truly understand the meaning of “just for today.”  I’ve had so many emotions over the past couple of months. Grief (heavy grief), fear, sadness, joy, gratitude and I find myself asking, “Why?” I just can’t wrap my head around it. I’m tired. I’m emotionally spent. I sometimes feel I can’t take one more traumatic event in life. People say, “You’re so strong.” I say, “I’ve had no other choice.”

Here you will find the videos of our travels. Enjoy!